The Vigilant PPS8 is one of the best selling personal alarms on the market. It features a 130dB alarm – the loudest rated alarm sold by Vigilant Personal Protection Systems. Designed to be placed in the outer pockets of a purse or backpack, the PPS8 can also be hand carried by joggers. The alarm is activated by simply pulling the pin, which deters attackers or intruders but also functions to draw attention to you if you need medical attention or help. Use of a personal alarm switches the element of surprise from the attacker to the potential victim. The PPS8 also includes a miniature LED light, activated by a separate on/off button, for a quick and small illumination of a walking path, car door lock, or other low light situations.

Personal alarms are one of the fastest growing segments at retail in the self defense industry, because an attacker’s worst enemy is attention. Personal alarms are legal to carry in all 50 states (even on airplanes and in schools!) and are a very safe and effective method of self defense. They require no training or skill to operate, and can be used by anyone regardless of age or physical ability. Police Officers, Campus Safety and Security Consultants recommend the use of personal safety alarms. Victims are often too traumatized to shout for help in unfamiliar and dangerous situations, increasing their vulnerability. The high pitched alarm is intended to scare off an assailant while switching the element of surprise from the attacker to the victim. Criminals do not like to draw attention, and will likely run off when they realize the alarm cannot be stopped. 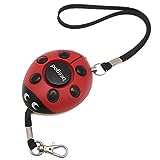 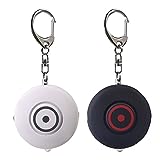 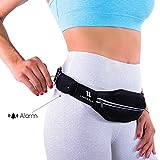